Continuing with the extreme Xbox 360 theme, we decided to get creative with the Custom Character feature in Rainbow Six. It's common knowledge that you can create a custom character in the game by mapping your face to your in game character using the Xbox Live Vision camera, but I haven't seen anyone show off the ability to map anyone's face to your custom character. All you need is the Live Vision camera and a couple of photos of your favorite celebrity from Google images. We demonstrated the concept using President George W. Bush as our celebrity terrorist hunter as we show you How to Play Rainbow Six as George W. Bush. 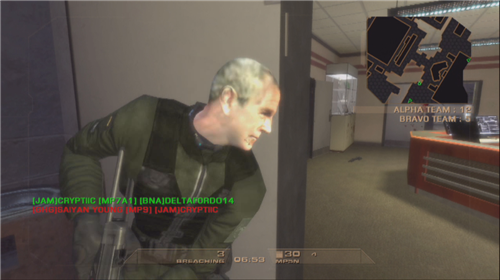