Watch Amazon Unbox on Your Xbox 360

First configure your computer to share video, music and photos with your Xbox 360. Make sure your Xbox 360 is turned on and connected to your home network before beginning.

Click the Now Playing button at the top of the Windows Media Player 11 interface and choose More Options. On the Library tab of the Options, click Configure Sharing. 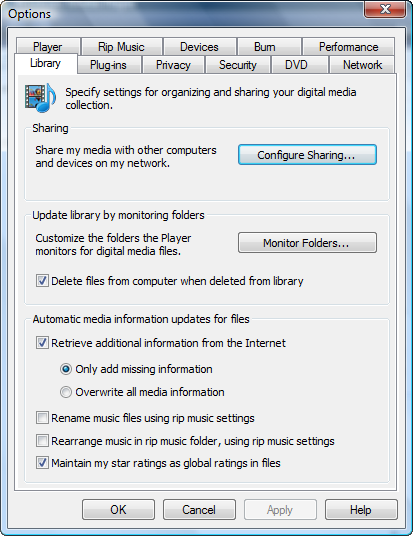 Check the box next to Share my media to, then select your Xbox 360 and click Allow, so that there's a check mark on the Xbox 360 icon instead of a warning sign. Note: If you get an error message about your network, follow steps to set your network from Public to Private. 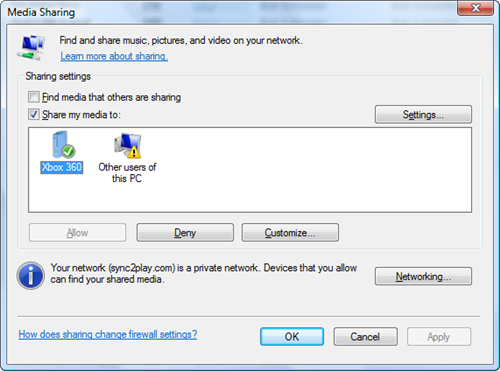 On the Media blade on your Xbox 360, choose Videos, then hit the X button to Change Video Source. Select your computer from the list of choices. You can now browse the complete library of videos on your PC, from the Xbox interface, including any Amazon Unbox downloads you have.