How to Make a Rotoscoped Movie 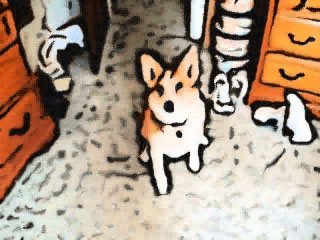 Whether you like Philip K. Dick or not, A Scanner Darkly looks amazing. The rotoscoping technique used by Richard Linklater was perfected in his previous film Waking Life and applied in a beautifully disturbing way in A Scanner Darkly. If you want to make something similar yourself, all you need is a video, Photoshop and a whole ton of patience. A guy named Jared at barnt.org walks through how to start with a video clip, export it as individual images using QuickTime Pro and then edit the resulting image files in Photoshop using specific filters before ultimately re-importing the files back into a video editing app to publish your finished file. While this isn't exactly rotoscoping, the visual appearance of the footage looks very similar and you get a striking result.

Learn how to make your own Rotoscope video

You can see a sample video hosted on Metacafe (for best results, right-click save target as).

Or here's one based on the same tutorial from YouTube: