How to Play HD-DVDs with Windows Vista

The software part of the equation is easy. Cyberlink PowerDVD Ultra supports both HD-DVD and Blu-ray playback in the same download. It has the bonus of solving a number of problems related to using the new AVCHD camcorder format. 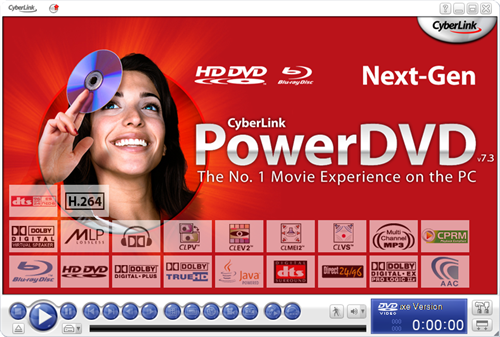 The Xbox 360 HD-DVD player is a reasonably obvious choice for hardware. It's cheap at $199 and being an external drive makes it highly portable.

Finding the right combination of PC hardware is where things start to get tricky. In theory, you simply need a Windows Vista-ready machine. I'm doing most of my Windows Vista testing on an AMD 64-bit system, which complicates things a little because drivers seem to behave a little differently in a true 64-bit environment. If you stick with 32-bit Windows Vista, in general you'll have a much better experience at this point. Things are further complicated because in addition to needing a beefy processor and plenty of memory, you need a graphics card with very specific characteristics and monitor with HDCP support.

The graphics card needs to be one of the few that support HDCP. The only ATI card that specifically says it is HDCP compliant is the X1950. A few others like the X1600 and X1900 claim to be HDCP capable, but the X1950 is actually HDCP compliant. The driver for the graphics card needs to recognized as one support HDCP support. Fortunately the Cyberlink software seems to be forgiving about driver issues, even when their own BD/HD Advisor tells me that the latest driver isn't compliant. 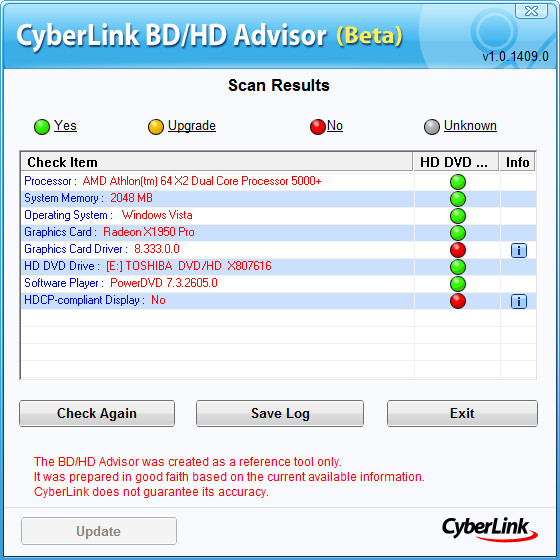 Monitor support for HDCP seems to be the biggest gotcha. Having a bunk graphics driver might or might not cause the process to break, but failing HDCP compliance with the monitor means Cyberlink PowerDVD Ultra will either throw and error message or play back with a black screen (which is expected behavior).

The easy solution to the monitor problem is to plug your computer into an HDTV screen over either HDMI or DVI. In general, either of these scenarios will support HDCP on most HDTV screens. Finding a true computer monitor with HDCP support is a little more complicated. I tend to prefer Samsung monitors for most things - I've always had great results with their products. Samsung does a lousy job of documenting HDCP support in their monitors, although I was able to find product specs listing both the 206BW and 226BW models as supporting HDCP. Dell does the best job listing HDCP support, listing this as a feature on virtually every widescreen model in their current product lineup.

The bottom line here is, if you want HD-DVD playback on your PC, you need to read the fine print to make sure the components you buy will do what you need. Many monitors are starting to support HDCP, but there's still a majority that don't. None of the integrated graphics cards that ship in things like laptops and mass market PCs support HDCP. Before you buy, make sure you keep your options open. In general, the same issues also apply to Blu-ray playback as well.