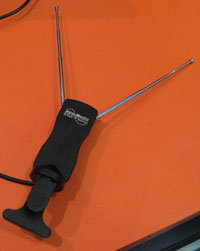 The number of choices available for tuning television on a Mac remain rather limited, so it's good to see AVerMedia crossing over from the Windows world to provide a Mac solution. At Computex 2008, AVerMedia showed off the new AVerTV DVB-T tuner for Mac OS X. It works with the Mac remote, integrating easily into existing systems. The DVB-T solution connects via USB, with additional "rabbit ears" antenna that clips on the top of a MacBook and easily folds away for travel. While this doesn't expand the device choices for the US market, since there is no DVB-T in the US, it shows a promise of things to come as AVerMedia plans to adapt the existing DVB-T tuner into something that functions with US television standards later this year. The device also works with Windows. Pricing should be available later this month. 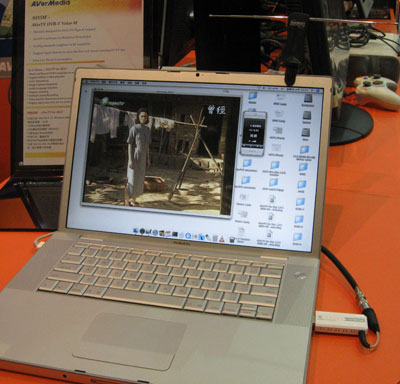