Back when webcams first came on the scene, if you had a choice between a CMOS based cam or a CCD based cam, I always recommended the CCD cam because images were simply better. CMOS was the cheap alternative and it often produced these weird blocks in images when it didn't put the image data together correctly. Apparently some things never change. The new Sony HDR-SR1 High Definition camcorder uses a CMOS sensor to collect image data instead of a CCD, presumably to keep the cost down. When the camcorder takes good pictures, it takes great pictures. When the CMOS sensor gets confused, it resorts to the blocky badness just like its much cheaper CMOS webcam cousins. Based on that frustration alone, I'm highly inclined to swap my HDR-SR1 for the Panasonic HDC-SD1 when it ships. Panasonic is sticking with 3CCDs while recording to the same AVCHD format used in the HDR-SR1.

For an example of what I'm referring to, here's a blocky headshot of Elizabeth Del Sol taken with the HDR-SR1. Yes, the lighting in the shot is lousy, but it was taken in the neon-lit valet parking area of the Sahara casino, so I didn't have any control over the environment. 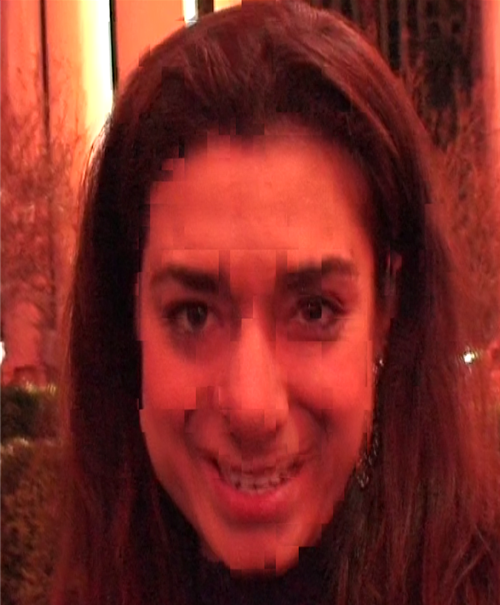 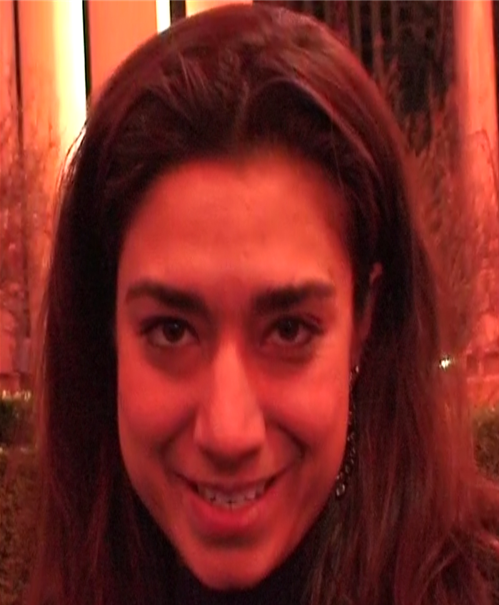 For what it's worth, this problem seems to occur less when there's better lighting and when the camera isn't compensating as much for motion, but that's still a lousy image experience. Using a camera with CCDs will still produce bad images in less than perfect conditions, but at least your shots don't look like your trying for one of those jumbled image puzzles on every other frame.